The Villainess wants to get rid of her husband! -I was doing whatever I wanted, but for some reason it was called &quot;The Crown Prince&#x27;s Book&quot;~ 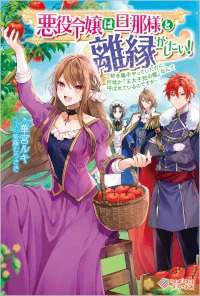 When I wake up, I realized I reincarnated as the Villainess Anastasia, in the world of an otome game. But, the heroine of the game has already reached the bad end and has been imprisoned. Anastasia also married the main hero, Prince William, but the couple's relationship was cold.There is no happiness in the married life with the crown prince! Realizing this, Anastasia decides to divorce the crown prince in order to lead a slow life in the countryside. However, the attitude of the prince, who was just cold, changed little by little ... In the world after the bad end, the villainess rebuilds the country !? A romantic comedy in a different world starts now!

The Time of Rebirth