A Gate Opened on my First Day as a Politician 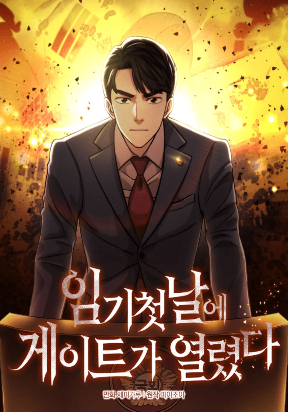 Han Seung-Moon was a young man who ended up getting elected into office as an Assemblyman by happenstance. He ran for office without much expectations, but his opponent was caught for violating election fund laws, and he won with pure luck of the heavens. He thought he was the luckiest man alive as he was being sworn into office. That was until the roof of the National Assembly Building collapsed as a monster fell in. This was the chaotic, spicy tale of a post-apocalyptic gate hunter’s political adventure!