Another World Nation Archimaira: The Weakest King and his Unparalleled Army 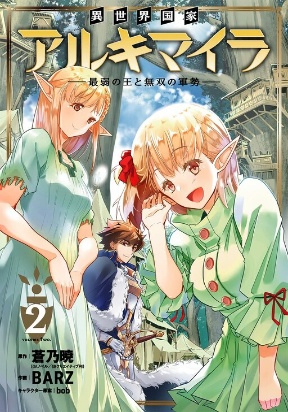 Another World Nation Archimaira: The Weakest King and his Unparalleled Army is a Manga/Manhwa/Manhua in (English/Raw) language, ACTION series, english chapters have been translated and you can read them here. You are reading chapters on ManhwaZ fastest updating comic site. The Summary is

Herian was the top player in the nation-building VR game "Tactics Chronicle" when he was transported to the country he built himself in the game. There, he met the great magical beast army that possessed his own ego as well as his unmatched former NPC generals. Hiding his identity, what he found along with his vassals were the Elves fighting against a great evil. Seeing the tears of the innocent masses, he came to the realization of his duties as king and made an angry declaration. To defeat evil with the hundred thousand magical troops under his command! "Arise, my brave people! Now is the time to vent your anger!" ""OOOOOOOOOOOOOOHH!!!!"" The moment the thunder resounds - the peerless Alchimaira breaks ahead!!! The king of a thousand beasts now orders the attack of the strongest army!!!