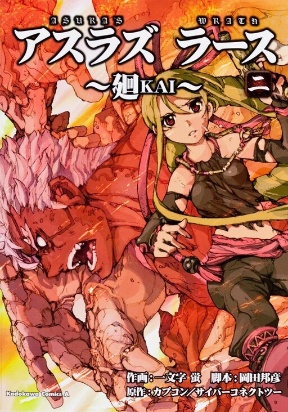 Asura's Wrath is a Manga/Manhwa/Manhua in (English/Raw) language, SCI-FI series, english chapters have been translated and you can read them here. You are reading chapters on ManhwaZ fastest updating comic site. The Summary is

Asura's Wrath - Kai (アスラズラース～廻ＫＡＩ～) follows the titular character, the demigod Asura as he seeks revenge on the other pantheon of demigods who betrayed him. Asura's Wrath blends elements of Asian mythology with contemporary science fiction. Taken from the videogame, this manga goes beyond the mere transposition of paper to create a compelling comic able to satisfy both lovers of the videogame version both readers in search of an adventure story!