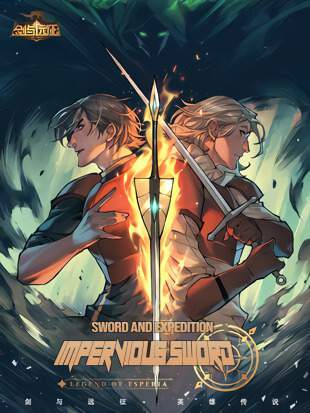 On the continent of Isomia, the war between the Ember Empire and the Barbarian Blood Tribe is about to commence. Thayne, who is eager to become a strong warrior, goes to the battlefield with his famous sword, Lotus, where he meets Baden, a nobleman who is also a self-trained warrior. A fated rival or a comrade? When Thayne begins to understand the meaning of becoming stronger, an evil conspiracy hidden behind the war gradually surfaces …… The Glorious Empire, or a remnant buried in the dust. The pivot of fate, at that moment, turns suddenly.