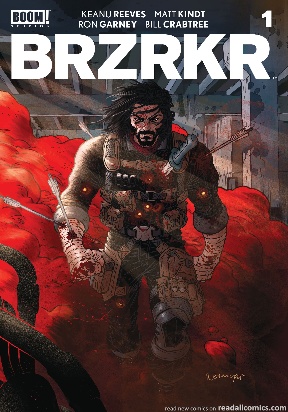 BRZRKR (Keanu Reeves) is a Manga/Manhwa/Manhua in (English/Raw) language, Action series, english chapters have been translated and you can read them here. You are reading chapters on ManhwaZ fastest updating comic site. The Summary is

The man known only as Berzerker is half-mortal and half-God, cursed and compelled to violence… even at the sacrifice of his sanity. But after wandering the world for centuries, Berzerker may have finally found a refuge — working for the U.S. government to fight the battles too violent and too dangerous for anyone else. In exchange, Berzerker will be granted the one thing he desires — the truth about his endless blood-soaked existence… and how to end it.