Continuity is the Father of Magical Power 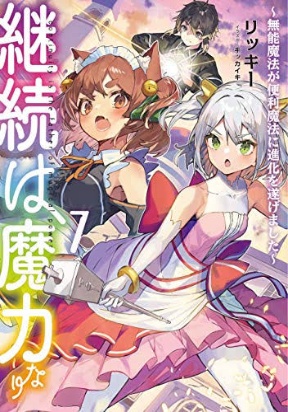 After diligently training his magic every day, Leons found out that his specialty magic, Creation Magic, is trash! However, with his unbelievable amount of mana and amazingly good luck, Leons is able to turn that useless magic into a very convenient magic to create various things, like a super masochist magic sword that can speak for example! Moreover, he also got closer to Princess Sheria and the grand daughter of the Holy Maiden, Riana, after he presented his creation to them! The Strongest Creation Fantasy manga is finally here!