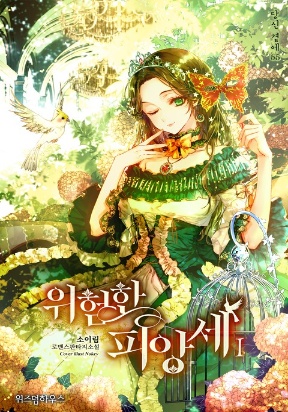 Dangerous Fiancee is a Manga/Manhwa/Manhua in (English/Raw) language, Drama series, english chapters have been translated and you can read them here. You are reading Dangerous Fiancee chapters on ManhwaZ, fastest updating comic site. The Summary is

A beautiful castle, a loving husband and a peaceful time. Marianne was having a beautiful life… Until she was killed by her own husband. Born as the daughter of a duke, she has lost everything at the age of 23 by the ways of Marquis Chester. But the world is mysterious and she gains a second chance at life. She wakes up from the pain and it is 2 days before her 21st birthday. Marianne meets her father who had left the world in her previous life. She cries as she steels herself. To never repeat the mistakes of the past again. “I have come to report of a Coup” But the King, Ekarter, does not believe her and forces her to become his fiance and work as a spy. “So, you want to make me your queen? Just so I can be your prisoner?”