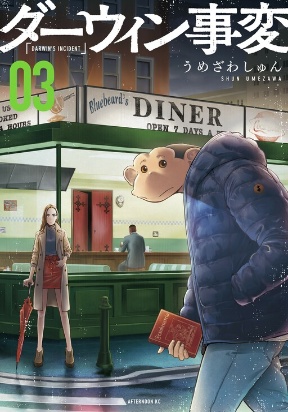 Darwin Jihen is a Manga/Manhwa/Manhua in (English/Raw) language, AWARD WINNING series, english chapters have been translated and you can read them here. You are reading Darwin Jihen chapters on ManhwaZ, fastest updating comic site. The Summary is

The terrorist organization known as the Animal Liberation Alliance (ALA) attacked a biological research institute and rescued a pregnant chimpanzee. That chimpanzee gave birth to a "humanzee" (half-human, half-chimpanzee) who was named Charlie. After being raised by human parents for fifteen years, Charlie enters his first year of high school. There, he meets the intelligent but socially misunderstood Lucy.