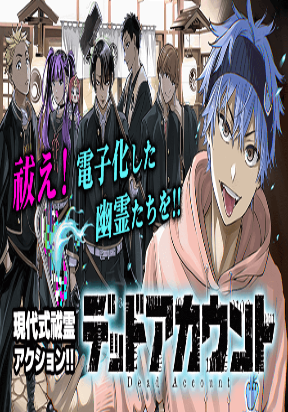 Dead account is a Manga/Manhwa/Manhua in (English/Raw) language, Action series, english chapters have been translated and you can read them here. You are reading chapters on ManhwaZ fastest updating comic site. The Summary is

Souji Enishiro, 15 years old (high school dropout), is a controversial streamer, “Aoringo,” who makes a ton of money through his violent and outrageous video content. Although he is seen as a troublemaker, in reality, he is a kind older brother who loves his younger sister and sweets. Even his controversial videos are just a means to cover the huge medical expenses for his sickly younger sister. No matter if everyone in the world hates him, he is happy as long as his sister is doing well. That is until something happens to his beloved sister… This is the start of a new action series of modern-style exorcisms!