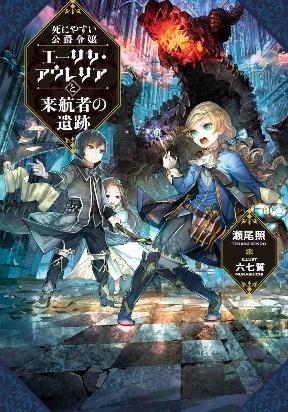 One evening in early spring, eight-year-old Erica Aurelia realizes she’s the detestable little villainess from an otome game called Liber Monstrorum ~Phantom Beasts and the Winter Princess~. As if that wasn’t bad enough already, Erica’s role in the game is to pester the main character... and then die in order to kick off a mysterious series of events! These incidents are different in each love interest’s route, and seven routes means seven deaths to avoid. Not one to throw in the towel, Erica knows she must take action to destroy her death flags—and since her life is on the line, there’s no time to lose!