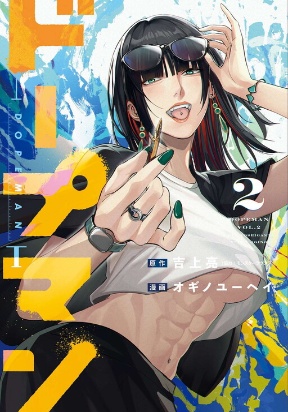 Dopeman is a Manga/Manhwa/Manhua in (English/Raw) language, Manga series, english chapters have been translated and you can read them here. You are reading chapters on ManhwaZ fastest updating comic site. The Summary is

After Japan lifting the ban on narcotics, drug addicts now gained a paranormal power from the new drug Icarus. Those who gained power are called the "Dope Men" and have become a threat to humanity. In order to crack down on them, The Narcotics Control Department established a special investigation team commonly known as the "D Unit". Now a doping battle beyond the human knowledge has begin!