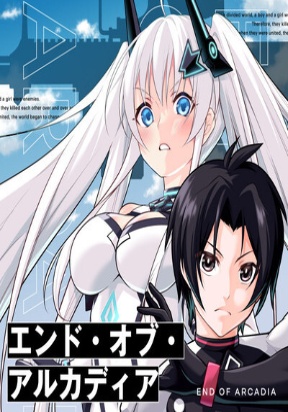 End of Arcadia is a Manga/Manhwa/Manhua in (English/Raw) language, SUGGESTIVE series, english chapters have been translated and you can read them here. You are reading chapters on ManhwaZ fastest updating comic site. The Summary is

Due to advancement in clone technology, mankind had finally obtained eternal life. Arcadia, the ultimate life regeneration system. Through it, the frail mortal human received salvation from absolute death… Or so it was meant to be. For some reason, the implantation of memories into duplicated bodies were only successful in the case of teenagers. With the onset of war, this defect meant the deployment of these undying children to the frontlines. Ichinose Akito was one of them, a second lieutenant in the United States of Elmea Army. As penalty for his militaristic underperformance, the platoon he led was ordered to undertake a salvage operation for top secret information with a survival rate of virtually zero. In the midst of a sudden enemy encounter, Akito covered his teammates from a crustal collapse and found himself face-to-face with his arch-enemy: Philia Loadrain of the Lorelia Federation. To make things worse, they were cut off from the surface and the ability to respawn. The two of them with opposing personalities and skillsets must put aside their differences as they make their way up the surface—.