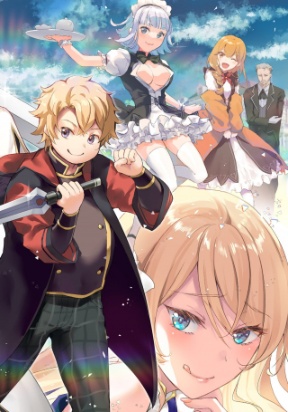 Worthless Regression Average 3 / 5 out of 10

Eroge Reincarnation, Struggle of a Golden Pig Aristocrat Against Fate,

EROGE TENSEI UNMEI NI ARAGAU KANE BUTA KIZOKU NO FUNTOUKI is a Manga/Manhwa/Manhua in (English/Raw) language, Action series, english chapters have been translated and you can read them here. You are reading chapters on ManhwaZ fastest updating comic site. The Summary is

I went to bed after completing the blockbuster eroge game that had become a trending topic in the past few days. When I woke up, I noticed something was different. Somehow, and for some reason, I got reincarnated in the initial stage of the same game that I was playing before. The most concerning part was my character. I was playing the role of a character who challenges the hero and gets defeated. In addition, all the routes of this particular character have been confirmed death. I got reincarnated as an underdog, and the situation is even worse, because someone has already defeated me in a duel. I can’t escape death anymore. But I won’t give up. I have the knowledge of the eroge game that I had cleared in my previous life. I will make full use of it and try to survive. This is a story about our hero who got reincarnated as an eroge underdog character, and is trying his hardest to survive.