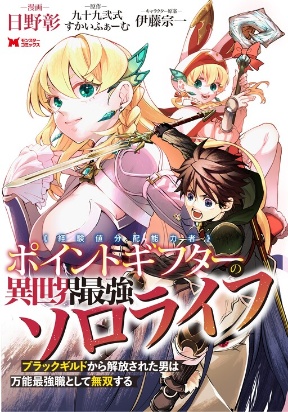 Experience Distribution Ability; Solo Life of the Strongest Point Gifter in a different world is a Manga/Manhwa/Manhua in (English/Raw) language, ACTION series, english chapters have been translated and you can read them here. You are reading chapters on ManhwaZ fastest updating comic site. The Summary is

Fildo is suddenly fired from "Light of Glory," the top guild in the country and a black guild. Although Fildo was mercilessly expelled from the guild, his experience value increased remarkably due to the effect of the Point Gifter "Experience Distributor" skill, and he became the most powerful man on the continent. On the other hand, "Light of Glory" lost a great deal of experience and faced a crisis of collapse. Fighting with former guild members, interacting with beautiful elf sisters, defeating dragons, etc... Awakened with the strongest all-around skills, Fildo's otherworldly cheat tale of free-spirited and peerless warriors is about to begin!!!