Fairy, You have An Omen of Great Misfortune! 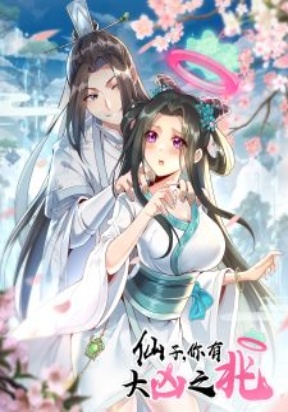 Fairy, You have An Omen of Great Misfortune! is a Manga/Manhwa/Manhua in (English/Raw) language, Action series, english chapters have been translated and you can read them here. You are reading chapters on ManhwaZ fastest updating comic site. The Summary is

Crossing over to the immortal world, Wang Xiu discovered that he could see other people’s [life and death] halos. He helped other people to dissolve their bad omens and could also copy other people’s abilities. So whenever someone was in danger, Wang Xiu would descend from the sky to their rescue. Thousands of years have passed, and almost all the living Heavenly Masters, Great Powers, Fairies and Demonesses owe Wang Xiu a debt of gratitude for saving their lives… pill Fairy: Senior Brother has saved me nine times, there is no way to repay my great kindness, so I can only give my body in return! Sword Fairy: Senior Brother has saved my life thirty-two times, I ought to give him thirty-two sons! White empress: He has saved my life 108 times, are you sure you want to compete with me? Emperor Lie Tiandi: Big brother has saved my emperor three hundred and twenty-one times, the person who is most qualified to stand by his side is me!!!