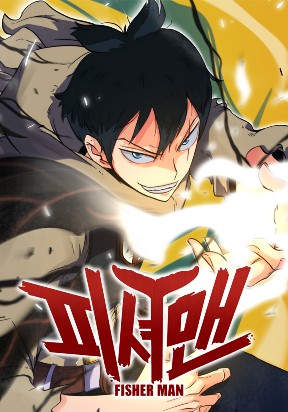 Fisher man is a Manga/Manhwa/Manhua in (English/Raw) language, Action series, english chapters have been translated and you can read them here. You are reading chapters on ManhwaZ fastest updating comic site. The Summary is

This is the story of Iri, a boy who became a fisherman and saved humanity! The continent ‘Fantasia’ was ruined by a whale that coveted the land. And before humanity that had been collapsed by a whale and was on the verge of extinction appeared the ‘Fishermen’! They protected humanity against whales using mysterious powers, and the Fishermen’s leader ‘Grinard’ is admired as a hero who saved humanity. ‘Iri’ was a boy who lived his life admiring Grinard like any normal human being. Then, an unknown power begins to manifest in him, and Iri becomes a member of the Fishermen that he longed for in his dreams. But the joy is short-lived… As he starts to fulfill his dream, Iri will face the dark truth of the fisherman hidden behind the war between humans and whales…!