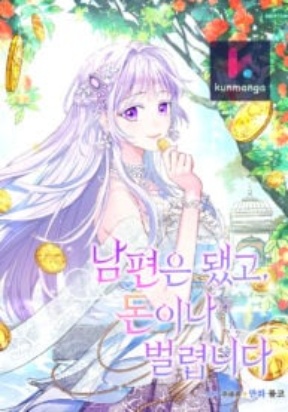 I became the wife of a man who already had a lover.So, I should do my best to help him remain faithful to her, right?But how did I end up destroying the bed with him on our first night together…?***Aristine is a royal princess who’s been confined all her life, as she is highly disfavored by the emperor.But the truth is, as the possessor of the [Royal Sight], she can see the past, present, and future.The emperor sends her off to die in a political marriage arranged with the prince of their enemy country, rumored to be a bloodthirsty savage, but…Her soon-to-be husband, the so-called “savage,” is far more normal than the rumors suggest.”Still, he’s taken, so he’s off-limits for me. I’ll just focus on making lots of money from now on!”Will Aristine be able to fulfill her dream of living a luxurious, wealthy life?Or will she be able to kill two birds with one stone and win over her husband as well?