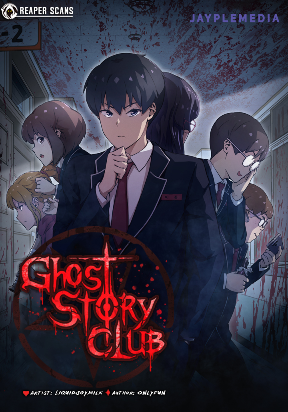 Ghost Story Club is a Manga/Manhwa/Manhua in (English/Raw) language, Action series, english chapters have been translated and you can read them here. You are reading Ghost Story Club chapters on ManhwaZ, fastest updating comic site. The Summary is

Lee Joon was an ordinary high school student. During the entrance ceremony, he was caught up in a strange phenomenon and died. [You have died.] [Restarting from checkpoint.] [Loading…] But then, a message appeared before his eyes. 『Congratulations on your acceptance at Nakseong Highschool, the school of secrets and mysteries. Uncover the shady secrets hidden within the school, or fight against the legends and ghost stories of the campus in order to earn points to unlock special abilities. Additionally, you must gather comrades to prevent the resurrection of the Demon King before graduation. The world is in your hands.』