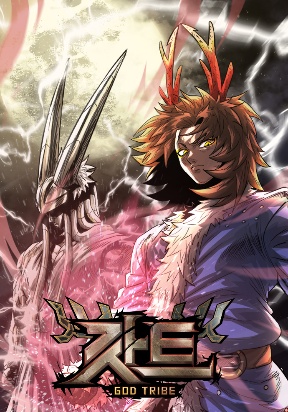 God Tribe is a Manga/Manhwa/Manhua in (English/Raw) language, Adventure series, english chapters have been translated and you can read them here. You are reading God Tribe chapters on ManhwaZ, fastest updating comic site. The Summary is

A world where the twelve factions of god tribe fight and exist together in. The nature faction, Larte, who worked for the carnivorous faction and was abuse was an offering for the predators and saved by the hero, Tasire. Based on Tasire’s words, Larte was an existence that was born once in a thousand years to fight against the predators and if fated to be the leader of the ‘God-tribe’. After training with Tasire, he’s now ready to start his revenge by turning the world upside down.