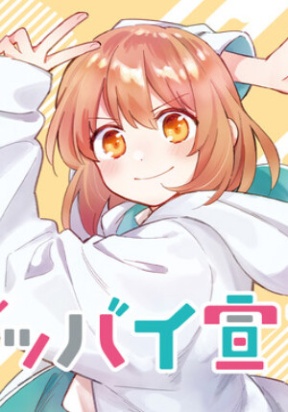 Goodbye Declaration is a Manga/Manhwa/Manhua in (English/Raw) language, ROMANCE series, english chapters have been translated and you can read them here. You are reading chapters on ManhwaZ fastest updating comic site. The Summary is

Kakeru Kiritani is a boy who is not good at socializing, doesn't attend school, and spends most of his time playing video games. In his last year of highschool, a fateful encounter awaits him! The one who appears in front of Kakeru is the complete opposite of him. She's naive, has a lot of fans and haters, and causes a lot of problems, but even so she's a beautiful girl who catches everyone's attention—Rena Nanase! Torn between love and dreams, where is their last year of highschool headed!? The hit song "Goodbye Declaration," which has over 100 million views on YouTube, has been adapted into a novel, and now it's going to crazily bloom into a manga!