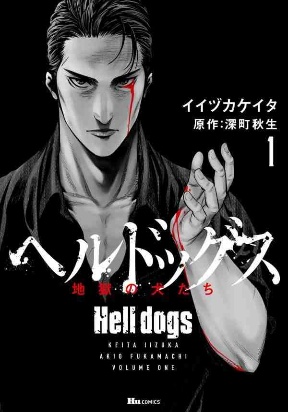 Hell Dogs is a Manga/Manhwa/Manhua in (English/Raw) language, Action series, english chapters have been translated and you can read them here. You are reading chapters on ManhwaZ fastest updating comic site. The Summary is

Can I kill a person as a police officer!? It's been three and a half years since I became a yakuza, and the infiltration never ends. Kanetaka of the Higashi-Sheath Association is a gangster with a strong arm who has climbed up to assistant young head. He landed in Okinawa at the command of the organization and killed his target, Kino. That night, Kanetaka vomits violently. He was an undercover investigator at the Metropolitan Police Department! What is the purpose of Kanetaka's actions!?