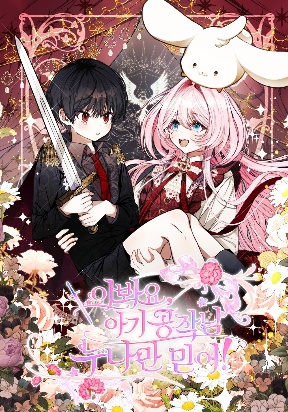 Trusting only her talent in swordsmanship, Espin tried to become the best knight but failed. It was because of Duke Xenoc Blacknight. The no. 1 knight in the Empire. I hated him so much. He was nothing but an enemy. “I won.” I was finally able to beat him, but my last memory was leaving the knights order then jumping in front of a carriage to save a rabbit. I thought I was going to die just like that… but I got resurrected? I opened my eyes back in the Empire 18 years ago, completely in a different body! “So if I gather sacred beasts like you, you’ll bring me back to my original time?” -Exactly! So if I help the sacred beasts, I can go back to my original time and live a new life! Instead of being resurrected, I wanted to live and enjoy the things I wasn’t able to enjoy before. “No, I-I’m scared…!” The Xenoc from 18 years ago is crying while hugging me?! “You… said you would marry me. Why are you running away?” Will Espin, who suddenly became a time-traveler, be able to fulfill her mission and go back?