How to Survive a Thousand Deaths: Accidentally Wooing Everyone as an Ex-gamer Made Villainess! 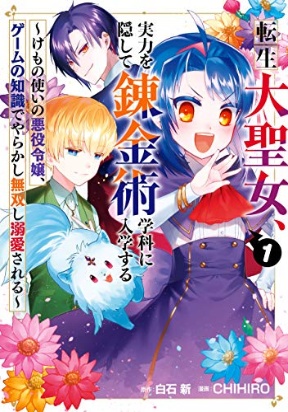 How to Survive a Thousand Deaths: Accidentally Wooing Everyone as an Ex-gamer Made Villainess! is a Manga/Manhwa/Manhua in (English/Raw) language, Adaptation series, english chapters have been translated and you can read them here. You are reading chapters on ManhwaZ fastest updating comic site. The Summary is

Grimoire Alchemist is a dating sim popular among both boys and girls in Japan. The player’s rival in love, Claudia Ellington, is jokingly called the “Villainess of a Thousand Deaths.” But this alias of hers is actually no joke; she really does die a thousand times in the game! Alas, our poor little protagonist ends up filling Claudia’s shoes when she gets reincarnated in the world of Grimoire Alchemist. Determined to escape the dire fate she has in store for her, Diehard Grimoire Alchemist Fan #1 (now the reincarnated Claudia) does everything she can to avoid entering the love interests’ romance routes in an attempt to separate herself from the game’s storyline and save her own skin. Despite her best efforts, she fails spectacularly as her love for the characters and game compendium of a brain lead to her pulling off impressive feats one after another. Join her as she (much to her dismay) magnificently steals the hearts of the game's charming love interests!