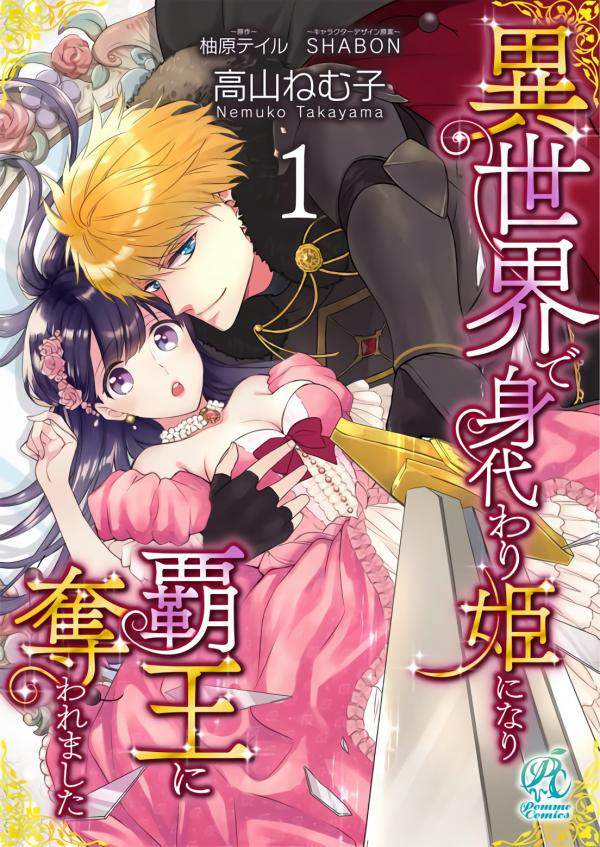 When I was thrown into another world, I became the substitute for the princess..?! Am I going to be trapped as the prince's plaything..? One day, an ordinary girl named Serina is all of a sudden transported to the world of Cipitria, right in front of the Cipitrian princess Cerise Diana. Their looks are similar, but this princess is notorious for being a cruel and scheming vixen. And the Heilbronn Empire has now surrounded them――!? Serina, confused by her sudden trip into this world, is forced to take the place of the princess, and as the "princess" she is captured by Gilbert, the arrogant prince feared as the tyrant of the Heilbronn Empire. With clear blue eyes and golden hair that shines brightly, Gilbert has an intimidating presence that seems to freeze the air. The fate that awaits her is to be the prince's plaything, or...?! Yuzuhara Tail's popular otherworldly teen's love novel from Jewel Books is turned into a manga by Takayama Nemuko in a gorgeous and erotic way!