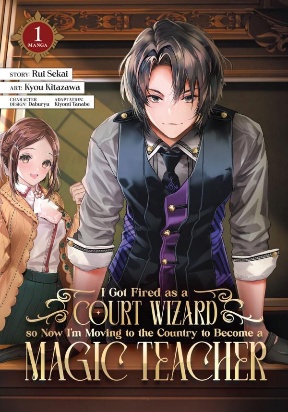 I Got Fired as a Court Wizard so Now I’m Moving to the Country to Become a Magic Teacher is a Manga/Manhwa/Manhua in (English/Raw) language, Seinen series, english chapters have been translated and you can read them here. You are reading chapters on ManhwaZ fastest updating comic site. The Summary is

Jade was one of the strongest mages in the world, boasting the coveted post of Court Wizard thanks to his standout abilities. Unfortunately, mysterious events got him fired from that gig, and now he’s the newest teacher at a magic school way out in the boonies. Worse yet, he’s in charge of a class of losers and misfits who’ve earned the scorn of the academy’s elite. Channeling both his skill as a royal magician and his earnest desire to help his students achieve their dreams, can Jade turn this class of rejects into a force to be reckoned with?