I Plan To Become The Master Of A Stolen Family 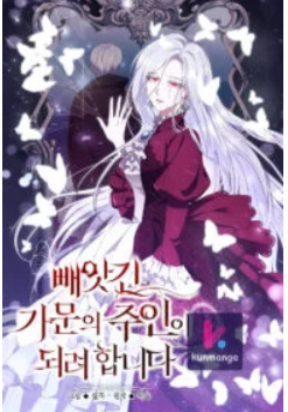 I Plan To Become The Master Of A Stolen Family is a Manga/Manhwa/Manhua in (English/Raw) language, Fantasy series, english chapters have been translated and you can read them here. You are reading chapters on ManhwaZ fastest updating comic site. The Summary is

he Dukedom of Francesca rules the northern provinces on behalf of the fallen Imperial family. After the sudden death of the lord of their household, Duke Den, the twins Damian and Chloe become puppets at the hands of their relatives. Controlled by dark magic, Damian becomes the empty-shelled lord of the household while Chloe, who has a natural talent for swordsmanship, becomes an assassin repeatedly committing unwanted murders. Later deemed no longer useful, she falls to dark magic and kills Damian with her hands before meeting her own tragic ending afterward. However, when she opened her eyes once more, she returned to the past. To the past – the day of her beloved father’s, Duke Den’s funeral. From then, Chloe made a decision. A decision to not allow her past life to repeat itself.. and to punish her relatives and the vassals who dared turn their backs on her family.