I Regressed to My Ruined Family 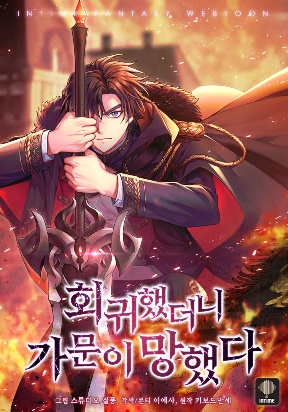 I Regressed to My Ruined Family is a Manga/Manhwa/Manhua in (English/Raw) language, Action series, english chapters have been translated and you can read them here. You are reading chapters on ManhwaZ fastest updating comic site. The Summary is

I was born as the oldest of a renowned swordsman family, and became stronger faster than anyone. Yet, I could not stop the dragons, a great disaster that had appeared on the continent. I closed my eyes in my final moments, thinking everything was over. I really thought it was over… But when I opened my eyes, I was back in the past. A past that was very different from the world I knew. “What? Is this really my body? Why don’t I have any mana?” “Where did the castle go? Why’s there only a wooden house left?” “…What? The dragons and humans made a non-aggression pact?” A family that had fallen and was on the brink of ruin. A family whose writing of divination had vanished. And a body in which no mana could be found! “…I’ll have to keep myself busy from now on.” The great hero of a renowned swordsman family. He is back in the past, in a ‘parallel world’.