I Tamed My Ex-Husband's Mad Dog 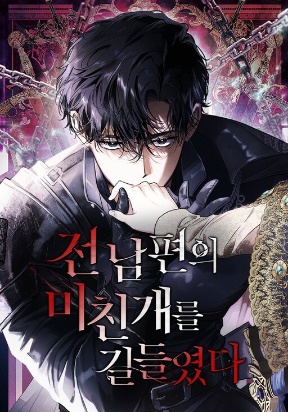 I Tamed My Ex-Husband's Mad Dog is a Manga/Manhwa/Manhua in (English/Raw) language, REINCARNATION series, english chapters have been translated and you can read them here. You are reading chapters on ManhwaZ fastest updating comic site. The Summary is

“Father, please give me a chance to end Mikael Alanquez.” Right before she died, Reinhardt repeated the same words as she had wished. When she came to her senses, she was back at her father’s funeral 15 years ago. It was the time when she was divorced by Crown Prince Mikael Alanquez, the reason why her father lost his life. As revenge, Reinhardt stabbed the Crown Prince’s leg. And as a consequence, she was exiled. While she was on her rough journey, she encountered someone unexpected… She picked up the poor, dirty child. In her previous life, he was a war hero, and the emperor’s illegitimate son. He was also the mad dog that her ex-husband had tamed.