I Was Reincarnated as a Poor Farmer in a Different World, so I Decided to Make Bricks to Build a Castle Alternative : Isekai no 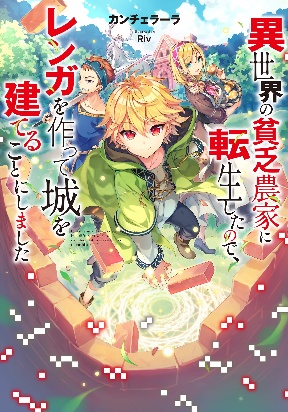 Please read the title again. <-- How often do I need to write it, so that you understand... I can't read! In another world where the Royal family power is on decline, and turmoil are lasting. In a remote village, a young child, who will later be named Ars, is "gardening" and "improving the land." Having the memories of his previous life, he who was fond of "city building" games, initiated to do "selective breeding for crops" and "house constructions" with his own magic to get out of poverty, and finally acquired a "brick creation!" Selling his bricks to a peddler, he obtains a rare egg of a “tamed beast," but can he raise it safely? Later called as a “Living God,” this is the beginning of the heroic tale of a young boy who founded a nation!