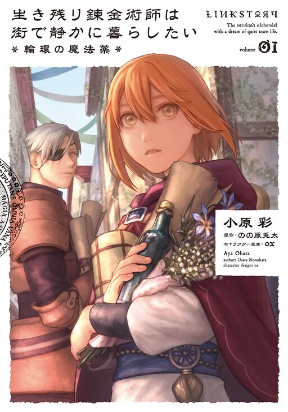 Ikinokori Renkinjutsushi wa Machi de Shizuka ni Kurashitai: Rinkan no Mahou-yaku is a Manga/Manhwa/Manhua in (English/Raw) language, POST-APOCALYPTIC series, english chapters have been translated and you can read them here. You are reading chapters on ManhwaZ fastest updating comic site. The Summary is

The Kingdom of Endalgia was destroyed by rampaging monsters coming from the neighbouring Demon Forest. A young alchemist, Mariela, was able to escape almost certain death by using the "Magic Circle of Suspended Animation." However, it seems that she was asleep for a lot longer than intended. Moreover, it appears that she is the last alchemist left, so even the price of low grade potions has increased exponentially. This story is about Mariela secretly selling potions while trying to relax and enjoy life in the Labyrinth City, the remains of the capital of Endalgia.