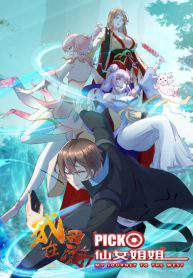 So Chen Shuo's first job was an internship in a short video company, suffering from social beatings, but accidentally, his short video account was bound to the Western travel system, able to switch between the Western world and the city at will! . The first time he came to the Western world, he witnessed the King of the Daughters bathing under the waterfall! The king's lonely back was uploaded to the video software and became a hit, leading to a craze for stars! Chen Shuo all the way to upgrade the abuse of scum, from then on to live an open life!