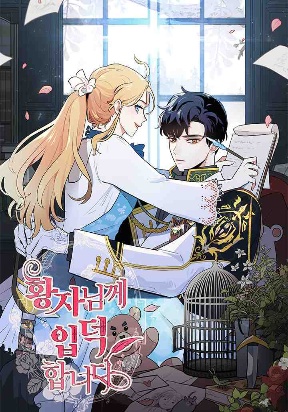 Angela’s fanfic became such a sensation that it even reached the Imperial Family, leading her to get arrested on charges of treason. Nevertheless, her fanfic improved the First Prince’s image, and his sister, the Princess, decides to take political advantage of this and keep Angela by their side. The heroine who can now fangirl to her heart’s content, and the Prince who doesn’t know how to act around her. As they bicker back and forth, they start growing closer