I’m Using the Hero Who Loves Me Too Much, Because I Planned to Live a Long Life in This World (I Probably Failed Again) 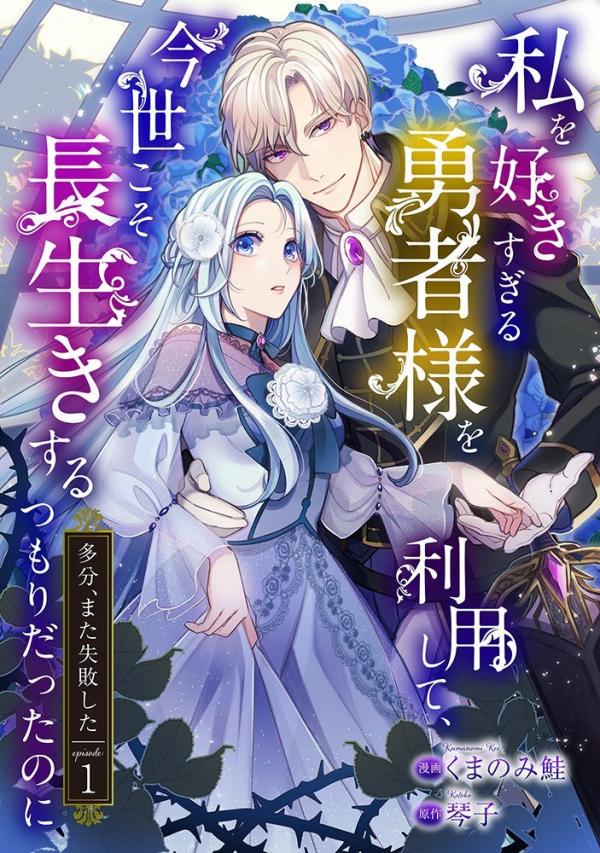 I use the hero who fiercely loves me, and in this world I aim to live long! "Please, use me." Lizette, a count's daughter, is a "Recaller", or a holder of previous lives' memories, and she is on her fourth life. In her past lives, always on her 20th birthday, she would be killed and eaten by a demon. So to live a long life in this one, Lizette retreated to a remote countryside sanctuary, where monsters don't appear, living quietly and peacefully. However, one day, she, once again, met a noble boy whom she saved in her childhood, Ralph. Somehow, he had become the country's hero, who toppled a demonic king. If it may be possible to avoid death by Ralph's side... With this in mind, Lizette accepted his proposal. "Even if your life is switched, I will always protect you, Miss Lizette." While bewildered by Ralph's exceedingly heavy affection, Lizette approaches the truth of her repeating deaths. Will Lizette be able to live pass her 20th birthday unharmed this time?! From now, the serious romantic comedy between the heroine who doesn't want to die and the intensely loving yandere hero begins!

My Noble Family is Headed For Ruin, So I May As Well Study Magic In My Free Time