I’m Worried that My Brother is Too Gentle 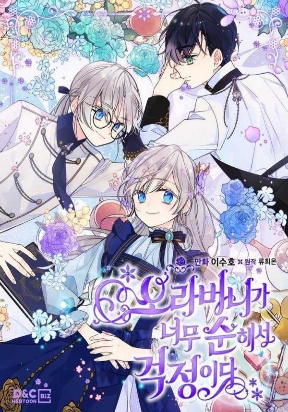 “Your Highness! The papers have piled up like this……!” I reincarnated as Irene Weber, the younger sister of an aide who is suffering from overtime because of the prince who is in love and neglects his work. Irene, who was buried in work before the reincarnation and died of overwork, intends to protect her beloved brother from such a terrible thing. No overtime! No call after work! Evil boss, go away! Work less and earn more, brother! To the end, Irene tries to separate the prince from her brother. A method to win by knowing your enemy and knowing yourself. Irene scraps a little record without leaving any details, of the Prince whose face she doesn’t even know about, for the future. Somehow, her brother’s face, looking at such Irene, is dark…… “Brother, if you’re meeting the Crown Prince today, I’ll go with…..” “Absolutely not.” ‘Do you want to meet him alone so much?’ *** “Before that, Benjamin Weber, when can I meet your sister?” “Not for the rest of your life.” The most affectionate brother and sister of the continent. Will the day come when these two siblings can resolve their growing misunderstanding?