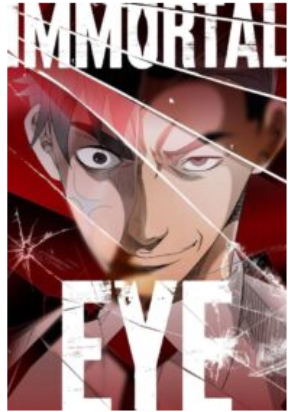 Worthless Regression Average 3 / 5 out of 28

Immortal Eye is a Manga/Manhwa/Manhua in (English/Raw) language, Action series, english chapters have been translated and you can read them here. You are reading chapters on ManhwaZ fastest updating comic site. The Summary is

After his wife and child leave him, Park Taesan decides it's time to give up his life as major player in organized crime. Before he can retire though, he's betrayed by one of his own and brutally murdered. However, Taesan gets a second life when his organs are sold on the black market and transplanted into Yoo Chang, the successor of a major company. With a mild-mannered pushover and a revenge-thirsty thug fighting for control of the same body, will either make it out alive? Immortality / 불사