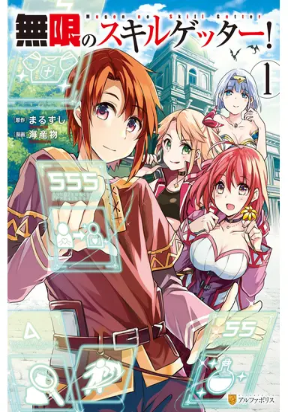 Infinite skill getter is a Manga/Manhwa/Manhua in (English/Raw) language, Fantasy series, english chapters have been translated and you can read them here. You are reading chapters on ManhwaZ fastest updating comic site. The Summary is

During a Once-in-A-lifetime ceremony, the young boy, Yuri, receives the trash skill “Life transfer”, allowing him to transfer his life force to another person… Crushed by despair after receiving the skill, Yuri encounters a woman who loses her life right in front of him. Wanting to be the one to decide who he gives his life to, he activates “Life Transfer”, dying on the spot. It had appeared as though the woman’s life was ended rather abruptly, however, the woman turned out to be the daughter of god. As a “thank you” for saving the life of his daughter, god resurrected Yuri, and in addition, gave him the ability to receive double the experience points each month. With the endless amount of experience he gains, Yuri will leisurely walk the path to the world’s strongest, collecting endless amounts of skills along the way!