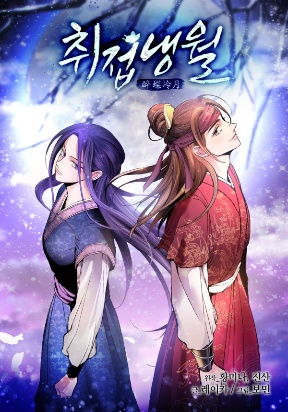 A masterpiece by the Great Cartoonist of Korea, Autor Hwang Mina, has been remade into a webtoon. ‘When the cold moon rises, an enchanted butterfly flies.’ Since her childhood, Naeng So Wol was raised in an assassin guild called The Hyunjin Group. She was on her way to become the best ‘Special Rank’ Assassin, with the ultimate goal of finding the ‘Soul Destroying Centipede Spear’ which wiped out her entire family and taking her revenge! But in one of the final steps to become a ‘Special Rank’ Assassin, she meets Baek Un Bi, heir to the best righteous organization in Murim, The Cheon-Eung Group. She feels strange every time she sees the cheerful and righteous Un Bi, who is so different from herself… Using Murim as the backdrop, an intense and beautiful story of love and revenge!! Written by Reika Drawn by Bomin Original work by Hwang Mina, Jinsan