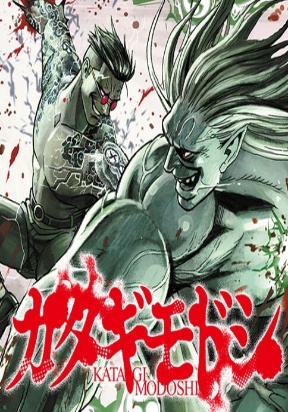 Katagi Modoshi is a Manga/Manhwa/Manhua in (English/Raw) language, ACTION series, english chapters have been translated and you can read them here. You are reading chapters on ManhwaZ fastest updating comic site. The Summary is

"If there is a wild beast that strays from the path (Katagi), I will return it to the path (Katagi)."A bruise like a tattoo on the back, a yakuza with a different ability with a gate crest,Commonly known as "Goblet" is rampant in Reiwa / TokyoAizawa, a high school student whose father was killed by a Goblet, is desperately searching for the culprit.His purpose of seeking overwhelming power along with information on the criminal is revenge, or...?Katagi's anger strikes in a violent yakuza society!Master craftsman Shitara Kiyoto's soulful masterpiece, villain superpower action play (picaresque action)!!!