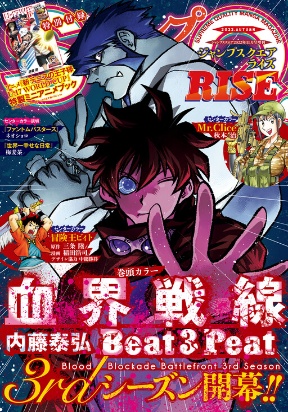 Kekkai Sensen Beat 3 Peat is a Manga/Manhwa/Manhua in (English/Raw) language, SCI-FI series, english chapters have been translated and you can read them here. You are reading chapters on ManhwaZ fastest updating comic site. The Summary is

Kekkai Sensen: Beat 3 Peat centers around the crime fighting organization "Libra" and their battles in Hellsalem's Lot, formerly known as New York City. Hellsalem's Lot was created in a single night when a portal to the "Beyond" opened, and now it is a paranormal melting pot of monsters, magic, and the everyday mundane city life. It's up to Libra to prevent the horrors of this city from spreading to the outside world.