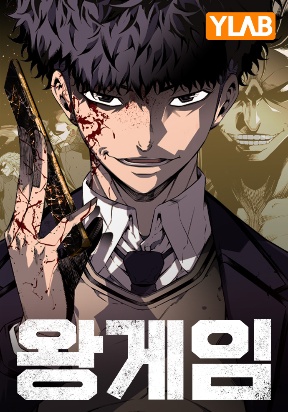 King Game is a Manga/Manhwa/Manhua in (English/Raw) language, Action series, english chapters have been translated and you can read them here. You are reading King Game chapters on ManhwaZ, fastest updating comic site. The Summary is

An action packed suspense story of a boy who obtains the absolute authority! The story centers around a boy named ” Hwang Chomin” who spends his high school days while enduring its unjust violent treatment. Being informed of his isolated brother’s passing away, he receives his phone and confronts the truth about his brother. He learns that his brother is the leader of a notorius ring called [Emperor’s Division]. Upon learning that he decides to impersonate his brother and take control of the division by passing judgment on it’s scums. And so the King’s Game that must be never revealed begins!