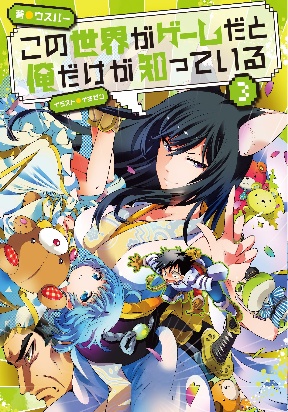 From MangaHelpers:Sagara Soma is a hardcore gamer, who spends basically all of his time playing or thinking about games. Since he was a child, he's thought of how great it would be to really live in a game world. One day, when he breaks a promise to his cousin Maki in order to play video games, his wish comes true. "New Communicate Online," also known as "Neko-Mimi-Neko,"is the game he was playing at the time. Neko-Mimi-Neko is well known for its trick quests, occasional unfairly high level enemies, and many bugs, all of which combine to make players die over and over again. Now that Soma seems to literally be a starting character in the game world, will he re-spawn after death, or actually die? Luckily, he knows just about everything there is to know about the world of Neko-Mimi-Neko, so he may be able to make the unfairness in the game work to his advantage! [tethysdust]