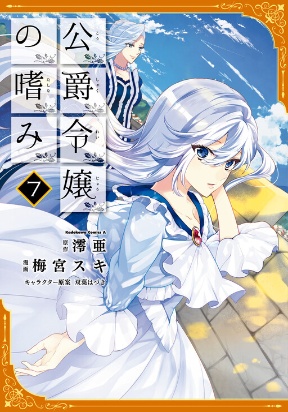 Although she had reincarnated as the daughter of a Duke's house, by the time she regained her memories, the Ending was already here. "After he cancels my engagement, the story would have me confined to a church. Where can I find my happy ending?" A woman gets hit by a truck and gets sent to the world of an otome game that she had played earlier that same day. However, instead of reincarnating into the main character and focus of the harem, she is fused into the soul of the game's antagonist, the protagonist's rival, and recalled this at the moment she is about to be sentenced to a "bad ending": isolation in a nunnery.