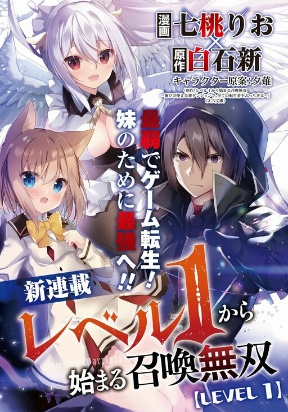 Iijima Shinobu died along with his beloved sister and adoptive father in a mysterious fire. After waking up, he realized that he had been reincarnated into the world of a game he played. Shinobu was in despair because all of his game data had been erased by his adoptive father and he had to start over from the tutorial when he learned that his sister was about to be reincarnated into this world. To stop his adoptive father - one of the top players - from targeting his sister, he was determined to become the strongest, no matter how much suffering it would take!