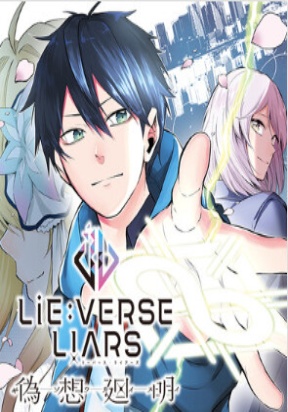 Lie:verse Liars False Fantasy Naiming is a Manga/Manhwa/Manhua in (English/Raw) language, ACTION series, english chapters have been translated and you can read them here. You are reading chapters on ManhwaZ fastest updating comic site. The Summary is

――It is a world where lies and truths have been replaced.Local city, Morihama city.The disappearance of a young man ridiculed as "spirited away" on social media.A threat called the false world'' that secretly proliferates behind the scenes'' of the city."Caliburn", a counterfeit world countermeasure organization formed to counteract the demise that no one can recognize.Only those who are called "Awakened" can cross over to the false world and fight.The ordinary lives of young people who lived in cities everywhere come to anend when they become awakened.