Living With My Pupil Is Even More Stressful Than the Battlefield 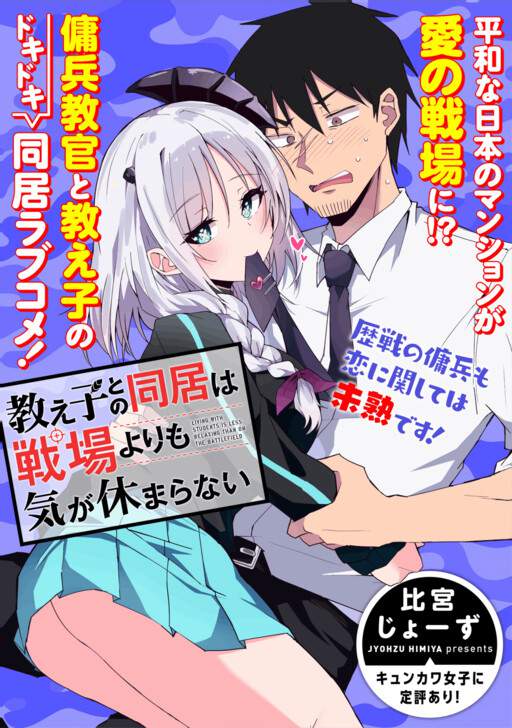 Toudou Soujurou is a former mercenary instructor who has survived in a war zone with his student, Sylpha. After the war, Soujurou takes in the lonely Sylpha and returns to his hometown in Japan, where he suddenly realizes that he had a crush on her. However, thinking of Sylpha who can live as a normal girl from now on, decides to step aside, but to his surprise, Sylpha also confesses that she likes him... A love comedy about a former mercenary instructor and his student living together!