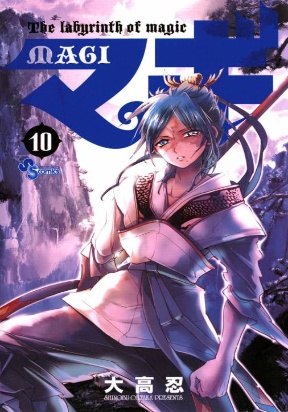 In a world similar to that of Scheherezade's tales, a mysterious young boy named Aladdin drifts from place to place with his djinn Ugo. Ugo lives inside a golden recorder, and Aladdin is on the hunt for his true container "The Djinn's Metal Vessel". One day he encounters Alibaba, a poor lad determined to enter one of the mysterious Dungeons that popped up a decade ago in order to make his fortune. Thus the the two begin their adventure in a Persia that never was.