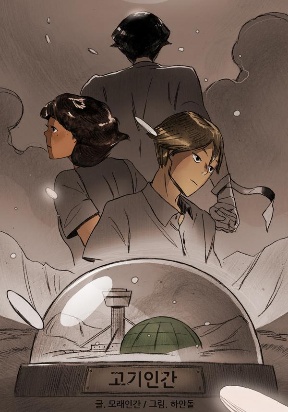 Meat Humans is a Manga/Manhwa/Manhua in (English/Raw) language, Manhwa series, english chapters have been translated and you can read them here. You are reading Meat Humans chapters on ManhwaZ, fastest updating comic site. The Summary is

We will not go extinct. When all is destroyed, will you persist? Or will you give in to the gray abyss? In a dystopian world, both the gifted and the wretched are making their last attempts at survival. Their struggles are fierce, and their desperation palpable as they work toward one common goal — to survive.