Meiou-sama ga Tooru no desu yo! 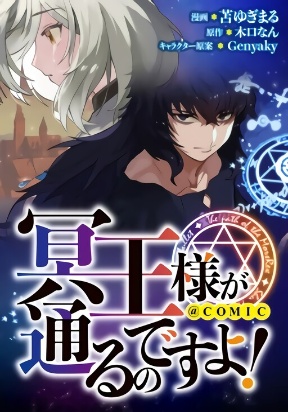 Osamu, a young man who died at a young age due to an incurable illness. His second life was to drift as a "spirit (demon)" in an unknown world! Osamu, who is hated by humans and unreasonably deprived of his "life," hopes that he "does not want to die anymore." At that time, he gained the power of "life-sucking" that feeds on the vitality of others. In addition, he will resist the approaching "death" by using the science that he continued to learn on the bed in the previous life and the creative magic that makes the best use of his own dexterity. I met an immortal girl who was despaired by being tossed with life like myself, "--You tried to kill me, you guys are bad." In order to live, we are leaning toward the "stealing side" ...? An anti-heroic fantasy where a ghost who wants to live and a girl who can't die conflict with the world!