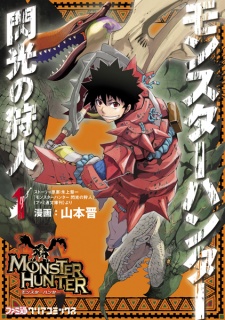 In an era where Monsters dominate the sky, earth, and sea, a race of “Hunters” emerge… Equipped with an arsenal of special equipment, they hunt their gigantic prey according to quests given out by a Guild. Although a novice, Raiga is a young Hunter who is reckless and persistent. With a headstrong nature, he will have to cooperate with Keres and Torcche, an archer and a swordswoman with complementary capabilities… but with completely opposite characters! Together, the group launches into hunts of creatures more ferocious than the ones before, including the Rathian, the legendary “Queen of the Land”.